Skip to main content
University of Wisconsin–Madison
By University Communications

Among the hundreds of events offered around the state during the Wisconsin Science Festival, which runs Oct. 11 – 14, are four in-depth discussions in Madison on some of the most significant challenges science is addressing — and universal questions science is answering.

Climate change and the ‘Anthropocene’

Two series of events will address humanity’s impact on the world, including our role in creating and responding to climate change. 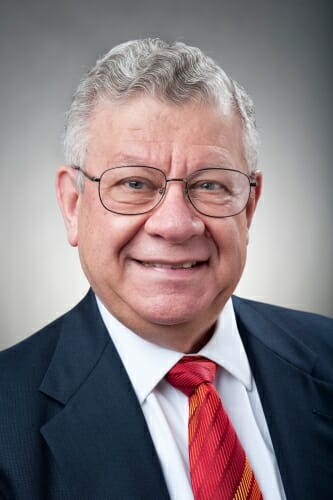 Bassam Shakhashiri, a professor of chemistry at the University of Wisconsin–Madison, will lead a discussion on the challenges we face in a warming world. Serving as a facilitator, Shakhashiri will assist conversations on the individual and collective actions that can address both the causes and symptoms of climate change.

Although everyone is welcome, the climate change dialogue will be oriented toward adults, especially those who want to step beyond heated debates and are looking to take meaningful actions to address climate change, Shakhashiri says.

“The biggest goal is to engage in meaningful conversation about an important issue that science and society face,” says Shakhashiri. His science education program Science is Fun will also host events across the four-day festival.

The conversation on global warming will take place at 3:45 p.m. on Friday, Oct. 12 at the Discovery Building, 330 N. Orchard St.

Shakhashiri emphasizes that he will provide background information on the causes of climate change and offer suggested actions, but not prescriptions. He’ll be prepared to discuss the chemistry of greenhouse gases and ocean acidification, among other topics.

Shakhashiri aims to get people engaged in finding solutions, not just for the duration of the festival, but in a sustainable way.

“The most important purpose of having a conversation about climate change is to have another conversation,” Shakhashiri says.

But a warming climate is just one effect humanity is having on the planet we call home. Some 7 billion of us exert powerful influences on the landscape and the environment. What does it mean to be living in the Anthropocene, the era in which humans are the dominant influence on Earth?

That question will be addressed by a panel on Friday, Oct. 12 from 2 to 3:30 p.m. in the Discovery Building. Dennis Dimick, the former environment editor for National Geographic, will open the session. Dimick will be joined by Erle Ellis, a professor of environmental science at the University of Maryland, Baltimore County and Paul Robbins, the director of the Nelson Institute for Environmental Studies at UW–Madison.

They’ll discuss the politics of the time and how to make the Anthropocene’s burdens fairer, now and for future generations. Professor of English Lynn Keller will also join the panel, discussing her concept of the self-conscious Anthropocene, and the cultural implications of this new era. In all, this mini symposium will explore what it means to be living in an age that has set Earth on a new trajectory of climate, landscape, and environmental change.

Toward a more inclusive STEM enterprise

The questions that will be put to an expert panel at the Wisconsin Science Festival are not about whether women and minority groups are underrepresented in science, technology, engineering and math (STEM) fields — there is no doubt that they are — but rather why such underrepresentation and implicit bias persist, what kind of damage they can do and how we might intervene. 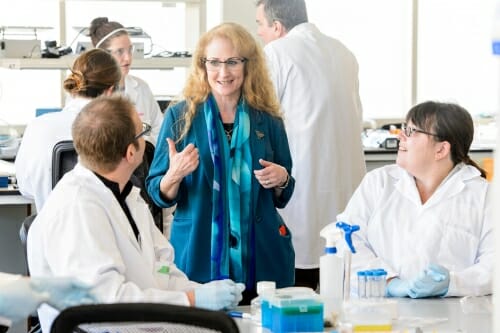 The panel, scheduled for 2 to 3:30 p.m. on Oct. 11 at the Discovery Building, will be moderated by Wisconsin Institute for Discovery director Jo Handelsman. Handelsman has devoted a large part of her academic career to understanding how diversity benefits the scientific endeavor. She will lead a panel of experts in and advocates for diversity in the sciences from around the country.

“The evidence is very strong that diversity is better for creative thought, for problem solving and for the bottom line of industries,” Handelsman says, noting that the majority of the American STEM workforce is male and white. “There is no evidence that the talent for STEM is sequestered in that 32 percent of the population.”

Handelsman sees in the panel an opportunity to address STEM’s underrepresentation and implicit bias problems from many sides.

“The best part of the panel is that these people have addressed bias and diversity in very different ways and in different sectors, from a for-profit publisher to a non-profit in education to academia,” she says. “They all work in an evidence-based manner and they all deal with increasing diversity for society’s benefit, but they do it from very different perspectives and with different kinds of interventions.”

Those interventions will be on display in the second part of the mini symposium event. Starting at 3:45 p.m., panel members will lead hands-on workshops focused on preventing bias and increasing the representation of women and people of color across the STEM landscape.

In an effort to understand the cosmos and our place in it, scientists have diligently worked to create tools for seeing the unseeable in the universe. The IceCube Neutrino Observatory, an enormous astronomical observatory located 1.5 miles below the South Pole in the Antarctic icecap, searches for subatomic particles called neutrinos.

Francis Halzen, principal investigator of IceCube, will present the observatory’s goals and discoveries at Ice Fishing for Neutrinos from noon to 1 p.m. at the Discovery Building on Saturday, Oct. 13. Halzen will discuss the IceCube telescope and highlight the recent discovery that some high-energy neutrinos originated from a blazar, a galaxy with an energy-spewing, rotating black hole 4 billion light years from Earth.

These cosmic neutrinos — mysterious, almost massless “ghost particles” that bombard the universe — are astronomical messengers coming from some of the most violent processes in the universe. This includes events associated with starbursts, giant black holes gobbling up stars in the hearts of quasars, and gamma-ray bursts, the biggest explosions since the Big Bang.