A lot is happening on the Mills Street side of our building. Excavations for area wells outside the organic labs have been extended to the sub-basement level and the area wells are being enlarged to allow heavy equipment to be moved into the sub-basement. Footings have been poured for the south area well and forms are now in place for the concrete sides of the well. Once these area wells are complete, they will open into the sub-basement and will become the main route for access of construction materials and personnel to our building. We expect that this will reduce construction traffic on the first floor between the loading dock and the freight elevator in Daniels. 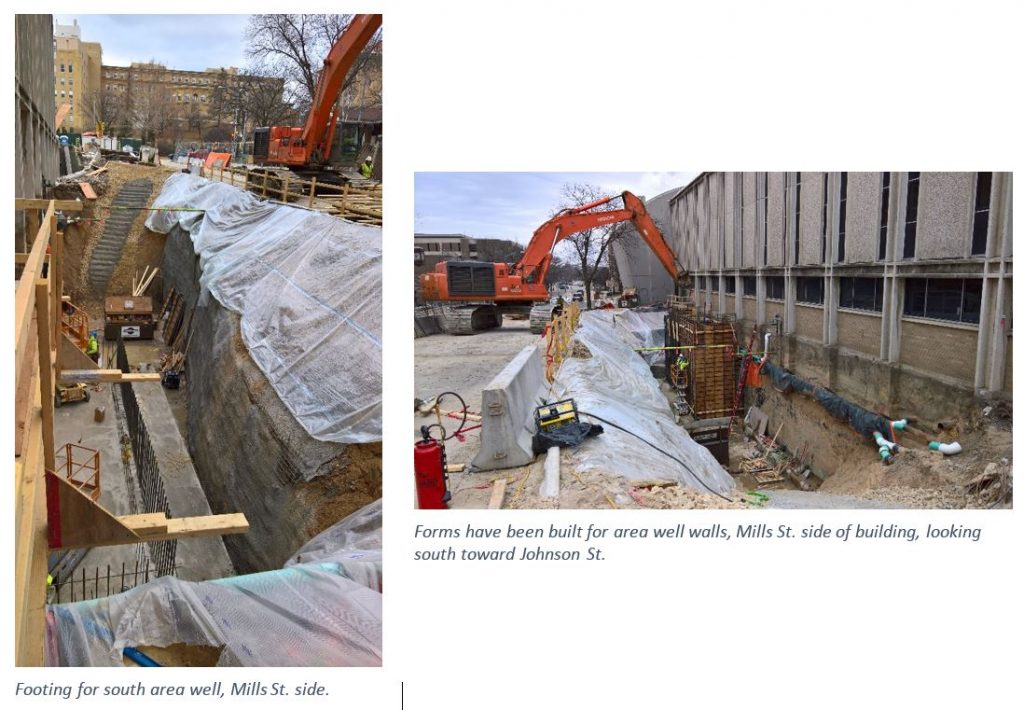 Demolition continues on the north side of the Daniels wing—where the library and lecture rooms used to be. By the end of the week all the steel beams and columns and all the concrete had been torn down from what were the first and second floors. Much of the debris had been sorted and placed into different dumpsters for recycling. Rubble is now being removed from the basement area. There remains an issue of mercury abatement from a pipe running under the basement floor, but once that is resolved demolition should require only a week or two more.

Work is proceeding in the excavation in the parking lot behind “The Crossing”. Forms are being built for the sides of the tunnel that will provide steam, chilled water, sanitary sewer, and storm sewer utilities to the new tower. 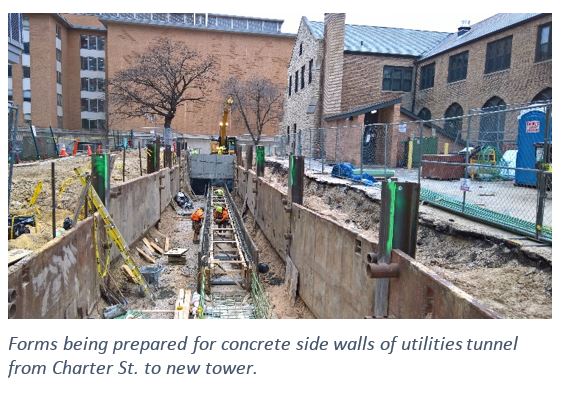 This week work was completed on the stone veneer on the wall of “The Crossing” facing toward the Daniels wing. The scaffolding that allowed workers to install the stone veneer is being removed and the east side of “The Crossing” is now completely restored. The last vestiges of what was, until its demolition in October, the oldest brick house in Madison have now been removed. Completion of this work allows for restoration of the ground alongside “The Crossing”—one more step toward excavation for our new tower.