Charter Street. At long last Charter Street has been resurfaced! On Friday between about 10 am and 2 pm asphalt pavement was put down across the full width of the street. By mid-afternoon rollers had smoothed the surface and we now have a blacktop street. There is work yet to be done in Charter Street though: some sections of sidewalk still need to have concrete poured and the retaining wall must be rebuilt around what used to be parking lot 55. Given the need for the blacktop to harden and other work to be done, it will still be a week or so before Charter Street opens for traffic, and at first traffic will probably be southbound only. 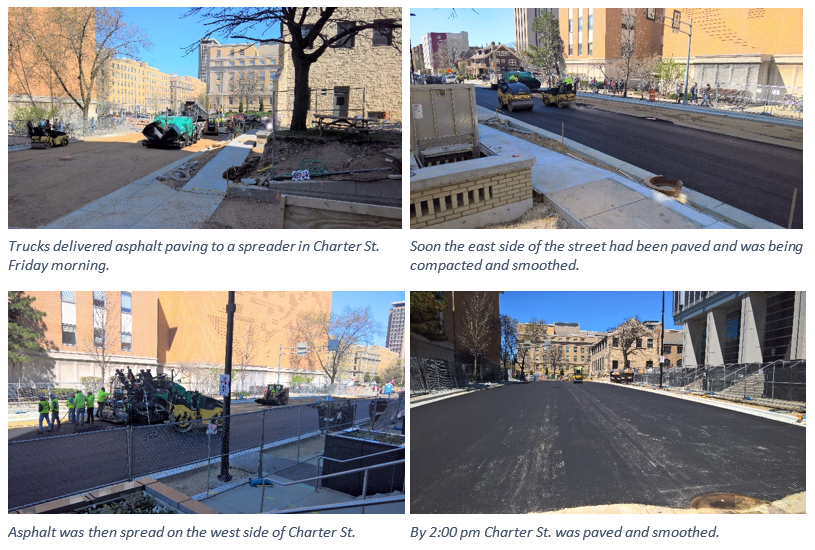 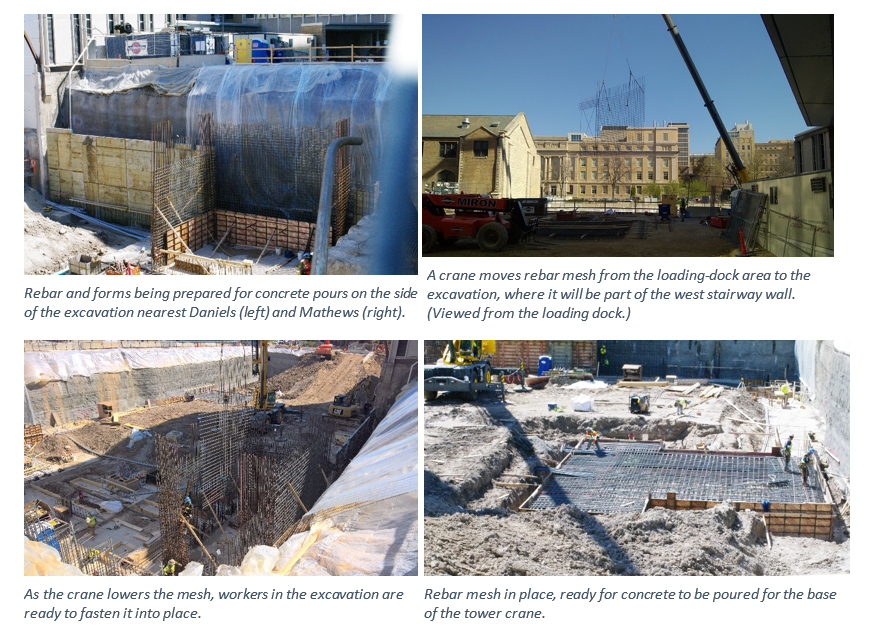 Tower Crane. Erection of a tower crane is a big deal. One of the construction team told us he will be bringing his family to watch our tower crane go up. (This will be only his fourth tower crane.) Because of the disruption of traffic on University Avenue, our crane will be erected on two weekends: the tower will go up this coming weekend, May 4-5; the boom, jib, and cabin will be added May 18-19 (skipping graduation weekend). We have been told that the second weekend will be more interesting but both will be exciting to see. Safe erection of a tower crane requires low wind and no chance of lightning, so bad weather may change these plans. We hope to have photos for your next newsletter.

Sub-basement and Mills-Street Side of Daniels. Work in the sub-basement is ongoing, with an excavator and Bobcat still moving earth around. Communications and electrical ducts have been installed and earth replaced over them. This week’s work involved repairing and rerouting a drain that was found to have been blocked. There is also much traffic into and out of the sub-basement on the Mills Street side of Daniels through the doors from the area well into the building. 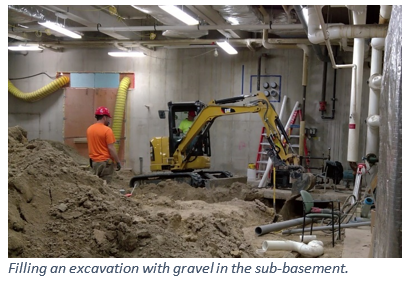