In preparation for installation of the trusses, steel columns and smaller cross-trusses will be delivered to the site on Tuesday. The columns will be set in place Wednesday by the tower crane. Each steel column is lowered onto bolts that prevent sideways movement. Steel shims are added to hold the column exactly vertical and then grout designed to support large weights is forced under the base of the column. Each column will be braced to the ground on the University-Avenue side and the westernmost column will have a second brace to the west. The columns will be linked by steel beams and X-braces. Then the trusses will be installed on top of the columns and wall. 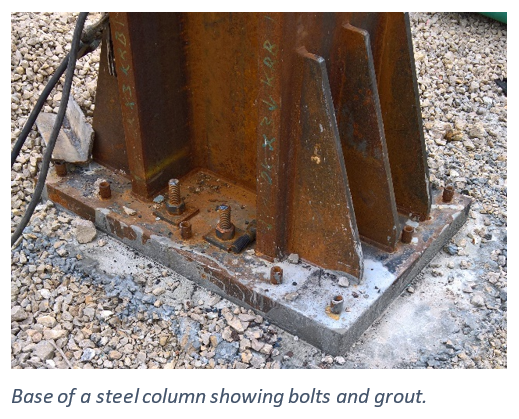 New Tower. Walls now surround three sides of the tower sub-basement and basement levels and a wall will soon rise on the east side (where the ramp into the excavation was located until last week). Now that the walls are complete up to ground level gravel is being backfilled between the concrete walls and the sides of the excavation. On Thursday, trucks delivered gravel to the loading-dock area, a Bobcat loaded gravel into a large bucket, and a crane delivered the bucket of gravel to areas to be backfilled. Each layer of backfill was compressed by tamping machines to provide a strong support outside the sub-basement and basement walls.

The area beneath the tower elevators saw progress last week and concrete was poured for the bases of several columns that will rise the full height of our tower—essentially to the height of the Daniels building. Waterproofing was being installed beneath the elevators and concrete was delivered along University Avenue, placed in a large bucket, and lifted into the excavation by the tower crane. 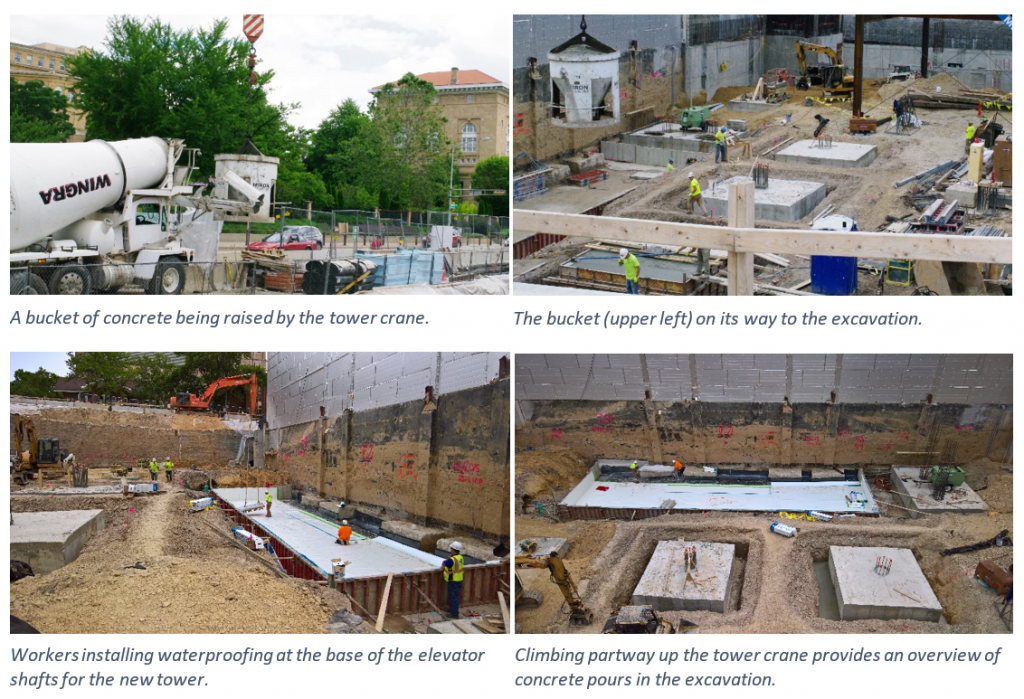 Excavation. Movement of workers into and out of the excavation has been facilitated by installation of a second stairway near the loading-dock area. Previously workers in the loading-dock area had to go to Charter Street, take University Avenue east one block, go south on Mills Street, and climb down a stairway just outside the northernmost organic lab in Daniels. You may have noticed the new stairway being constructed last Tuesday and Wednesday. On Thursday it was lifted into the excavation and now affords easy access to the excavation from the Miron trailers and the loading dock.

Loading Dock. There may be a major loading-dock closure Friday, but it might be postponed depending on the weather. There may be other short interruptions at unpredictable times.