New Tower.  Progress was modest during the past week.  The major accomplishment involved work in the sub-basement of the Daniels building.  Construction of the rooms that will contain the electrical sub-station for the new tower and the emergency generator for the new tower / Daniels / Mathews wings was completed by pouring the concrete ceilings for these rooms.  In the new tower, shoring to support the concrete forms for the first floor in the area of the Learning Studio was installed, but overall progress was limited by problems with the timely delivery of reinforcing steel (rebar) for the basement ceiling.  The completion of the structural walls in the sub-basement, near the elevators, was stalled by a conflict between the location of the structural walls and the electrical ductbank that brings the electrical conduits from the sub-basement of Daniels into the new tower. 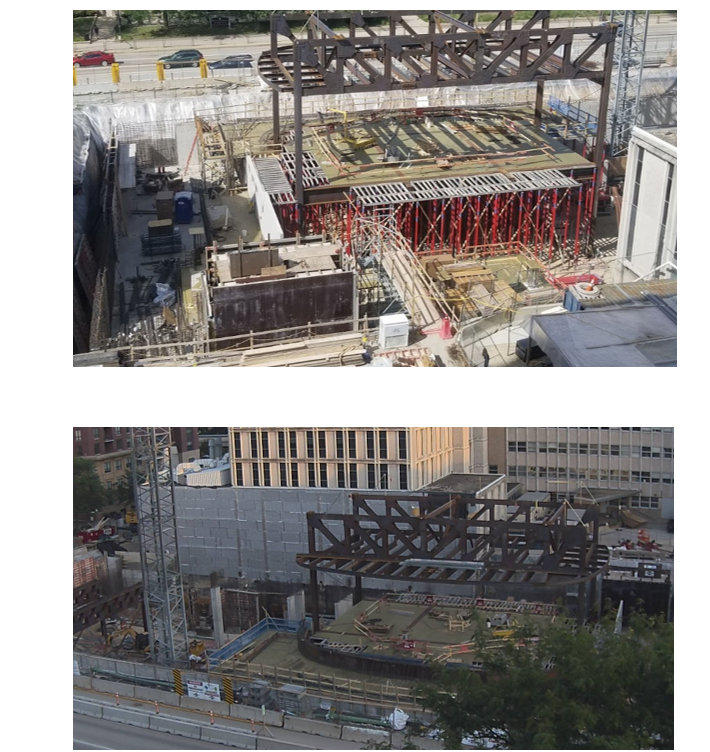 Loading Dock. There are no loading-dock interruptions planned during the week of Aug 12th. There may be short interruptions at unpredictable times.

This information is up to date as of Sunday afternoon. Email bulletins will be provided as needed.