New Tower. There has been more snow and more cold weather, but construction of the tower is moving ahead rapidly, nevertheless. All concrete for the first floor has now been poured, with the last section completed Thursday. On Friday afternoon it was toasty warm in the plastic-enclosed area below the fresh concrete and, when the insulating plastic was peeled back, the upper surface of the concrete measured 91  F. Concrete was delivered along University Avenue, rather than in the loading-dock area, making our lives easier. 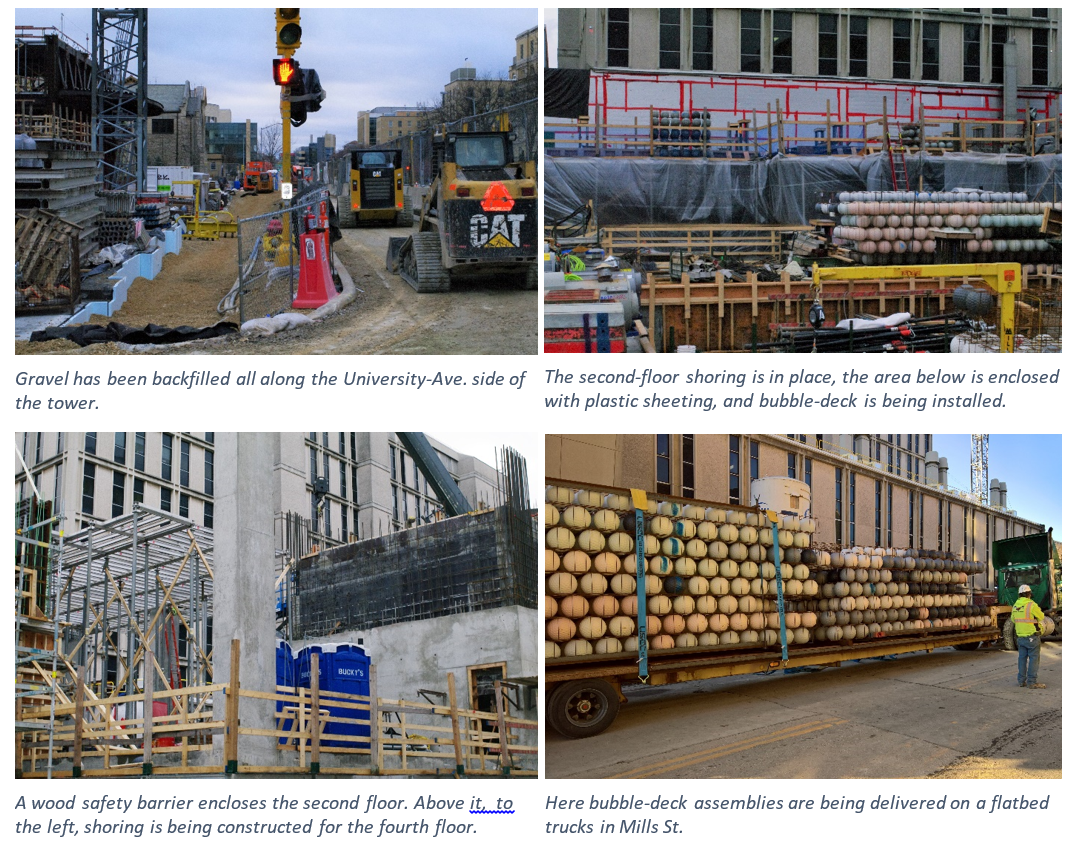 With the first floor poured, columns are rising rapidly to the second- and third-floor levels. Workers are preparing forms for rectangular and round columns, erecting the forms, and pouring concrete. Similarly, elevator shafts and shear walls are moving upward. The rest of the second floor will be poured soon and work has begun on shoring for the ceiling of the learning studio. A set of stairsteps (as opposed to ladders) now leads to the trusses above the learning studio to facilitate work at that level. 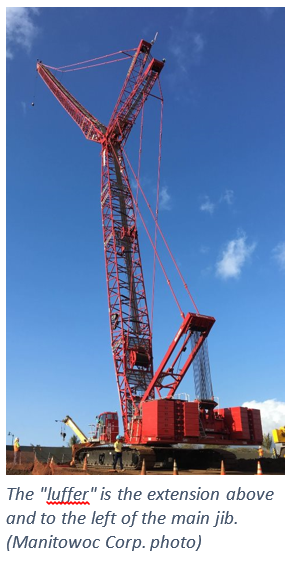 The crane was delivered Thursday on flatbed semis. The cab was delivered to University Avenue because it had to be unloaded on a nearly level surface. Its own hydraulic jacks lifted the cab off the bed of the semi, which then drove away. Then a semi delivered each wide caterpillar track—one to the left and one to the right of the cab. The crane then drove down Mills Street a short distance where sections of the main jib were delivered and bolted together. The main jib reached past Conklin Court along Mills Street. By Friday afternoon the crane was complete, except for the luffer, and a level gravel bed had been constructed to support it. The crane will begin moving materials around the construction site on Monday. 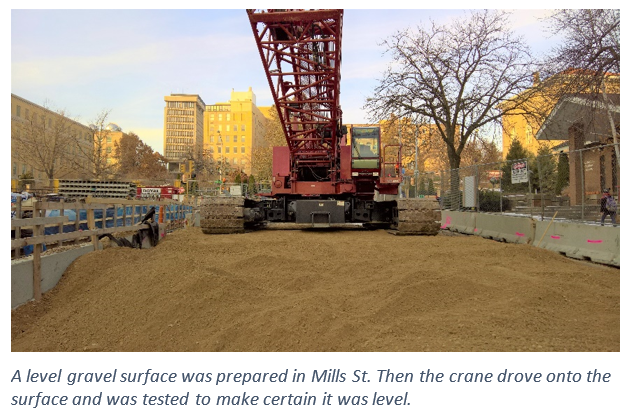 Loading Dock. There are no scheduled loading-dock closures this week. There may be brief closures at unpredictable times.