New Tower. Last week was incredibly productive. Concrete was poured for the west side of the seventh floor on Thursday. On Friday, the area of the sixth floor below the new pour was above 90 °F and the concrete itself above 100 °F despite outdoor temperatures in the 20s. By Friday afternoon rebar for columns that will support the west side of the eighth floor were in place above the newly poured concrete. Shoring and decking was also nearly complete for the east side of the seventh floor and workers were completing forms for the elevator shafts above the sixth floor. Before long the entire north façade of Daniels will be obscured by the new tower.

On the first floor, mullions and rails are nearly all installed for the windows along the learning studio’s north wall, which will be curved and mostly glass. In the basement lots of framing studs are in place for walls along the main corridor and between rooms. Pipes for plumbing fixtures are also in place. The layout of rooms along the south side of the basement is now evident. 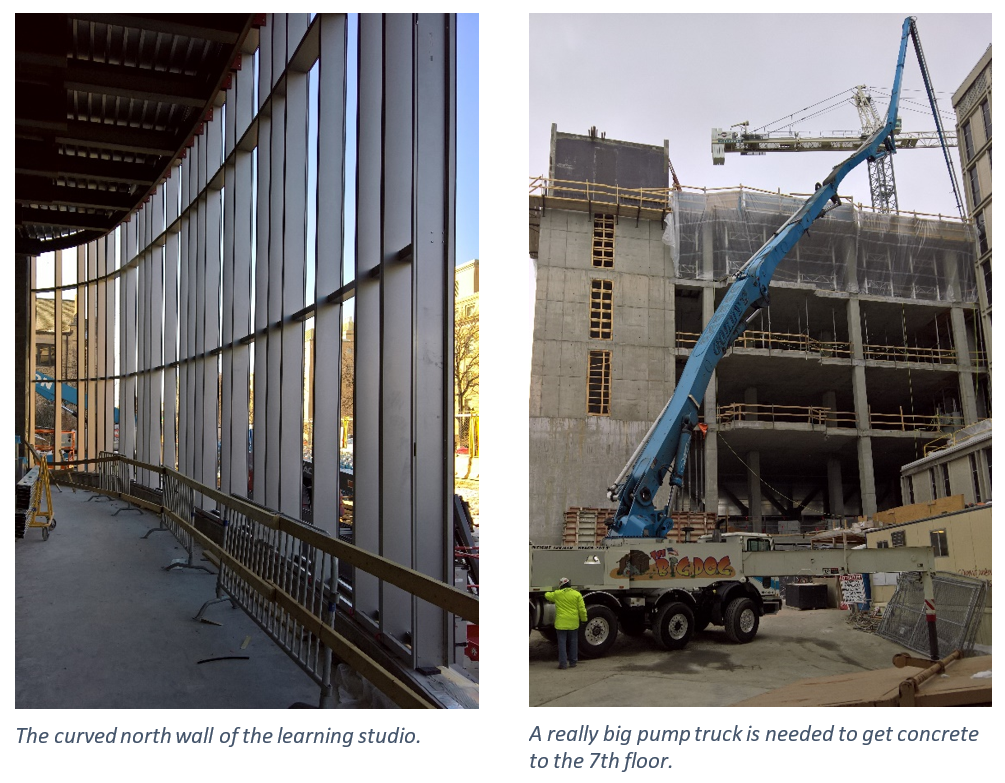 In the basement and sub-basement lots more work has been done in the mechanical areas. Air handlers, ductwork, piping, electrical conduits and pumps are beginning to fill the space. Waterproofing has been laid down in both large lecture rooms and insulation is being installed over it. This week concrete will be poured in the corridor south of the 360-seat lecture room. Propane-powered wheelbarrows will move concrete from below the skylight to wherever it is needed.

Fire Sprinkler Project. This week is mainly devoted to testing of the fourth-floor work. Next is the sixth floor, where work will begin on March 9. 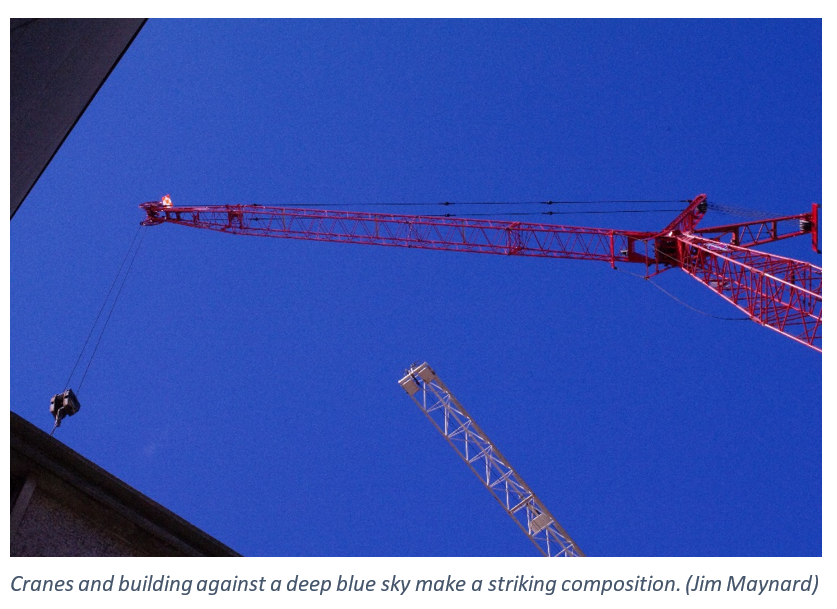